On February 10th, Israel celebrated Tu BiShvat, also known as the New Year of Trees. It is a Jewish custom that, on this day, Jews gather together to celebrate the fruit that has grown and plant trees with their families. Helping Hand Coalition celebrated this radiant day by inviting twenty survivors from Haifa to the HHC Caesarea Villa to enjoy music performed by local musicians and scrumptious food grown in the Land.

Bozena Gasiorowski, director of the Shalom House Project, began the event by sharing her thoughts on this holiday. She explained that “without the rain, we have nothing. The one who is above gives us the rain so that our work is fruitful.” Farmers work tirelessly to plant the seeds, but without water, their work would amount to nothing. Because of the plentiful rain and the blessings of water in Israel, the seeds have grown and produced delicious fruit.

With food to feed our bodies and music to fill our souls, the afternoon was both a celebration of Israel’s prosperity and of the people who paved the road for Israel to be the thriving country it is today!

Alyosha and Jody Ryabinov, with their friends, Offra, Tamar, Raffi, and Claudia, shared testimonies of their lives before performing for the survivors. Their stories inspired those listening and brought a few people to tears. It was a blessing to learn more about one another and share our history with each other.

Jody spoke first and told the audience about wondering, as a little girl, about what happened to the trees when it was winter, and all their leaves fell off. After learning that the sap becomes thick and the roots save the trees from the harsh weather, Jody began to read at what the Torah said of trees. “We are like the trees of the field, are we not?” Jody asked the group. “We are Jewish, and we went through a lot during the war and the Holocaust. We looked like that tree without leaves, but something was happening inside of us (despite the tribulations), and now here we are in Israel. And, not only do we have leaves, but we have fruit here as well.”

Before the music began, Offra, a second-generation survivor, asked if she could share about growing up on a kibbutz. Originally from Germany, Offra’s family had to flee because of their Zionistic beliefs. As a child, Offra did not learn a lot about the Holocaust or Judaism, but she yearned to learn about the Torah and understand the God of Abraham, Issac, and Jacob. She would call out to Elohim, and one day He finally answered her and changed her life forever.

Expanding on Offra’s story after performing a song, Tamar shared about the role Britain played in Offra being brought up in Israel. Tamar told the audience that if it weren’t for the disaster that sunk the SS Patria, which had been ported in Haifa, Offra’s family would’ve been sent to the island of Mauritius and never been allowed into the Promised Land. However, because they survived the explosion, Offra’s family was permitted into the Chosen Land. After a terrible time in confinement, they were relocated to a kibbutz where Offra was later born.

As the concert continued, Alyosha performed an original song called “Spring Waters of the Jordan.” While he played, the audience closed their eyes and bowed their heads as if they were feeling the sound of the waters rushing over them through the notes played on the piano.

Inspired by the Shalom House events, Claudia shared about interviewing her German mother to learn about what her family went through during the war. Claudia told the group that her family was against the Nazi Regime and refused to take part in their wicked ways. As Christians, their hearts broke for the Jewish people when they learned what their countrymen had done during the Holocaust. Pouring the emotions of her words into song, Claudia sat behind the piano and performed a breathtaking piece.

The grand piano was a central point in the afternoon’s concert event. From one song to the next, its ivories were played with passion, love, and vigor. Closing the concert with the rhapsody of Hava Nagila, Alyosha’s fingers worked at lightning speed to present the famous song in a new and energized way. The instrument shook as it was being played, and Alyosha was almost leaping from his chair at each of the song’s progressions!

Asking if they could contribute to the event with a song, a beautiful Finish couple, who are volunteering with Helping Hand Coalition, sang a song from Psalm 61. Their harmonies were haunting, and the words hit the hearts of everyone listening. It was a highlight of the afternoon’s event that made the audience feel like they had travel back in time and were sitting at the gates of Jerusalem, waiting to be welcomed back into the Promised Land.

“Hear my cry, O Elohim; listen to my prayer. From the ends of the earth I call to you, I call as my heart grows faint; lead me to the rock that is higher than I. For you have been my refuge, a strong tower against the foe.” (Psalm 61:1-3)

Lunch was served, and guests began talking to one another, learning more about their lives, and building new friendships. One survivor commented, “I’ve never been to such a place with such people before.”

Gregory Garelik, president of the Union Victory and Memory, said that the survivors present were widows of disabled veterans, ghetto survivors, evacuees, and volunteers. Gregory thanked Helping Hand Coalition and said, “Let me thank our sponsors, our friends, wonderful people for this reception, for great music, wonderful songs, and for treats. And to wish these people, first of all, good health, happiness, success, and that we have a clear, peaceful, sky so that you do not experience the horrors of war that our generation has experienced.”

Helping Hand Coalition thanks the two groups of survivors – the Union Victory and Memory and Children of War – for coming from Haifa to bless the Villa with your presence; Alyosha and Jody Ryabinov, along with their friends, for performing and sharing inspiring words from the heart; and our team and volunteers who work tirelessly to make sure each Shalom House event is memorable. Helping Hand Coalition would also like to welcome back Donna, who volunteered with the Shalom House Project last year!

If you’re interested in supporting this project, please visit our support page!

Are you coming to Israel with a group and want to take part in a Shalom House event? Email us for more information or visit our page to learn about how you could host your very own event!! 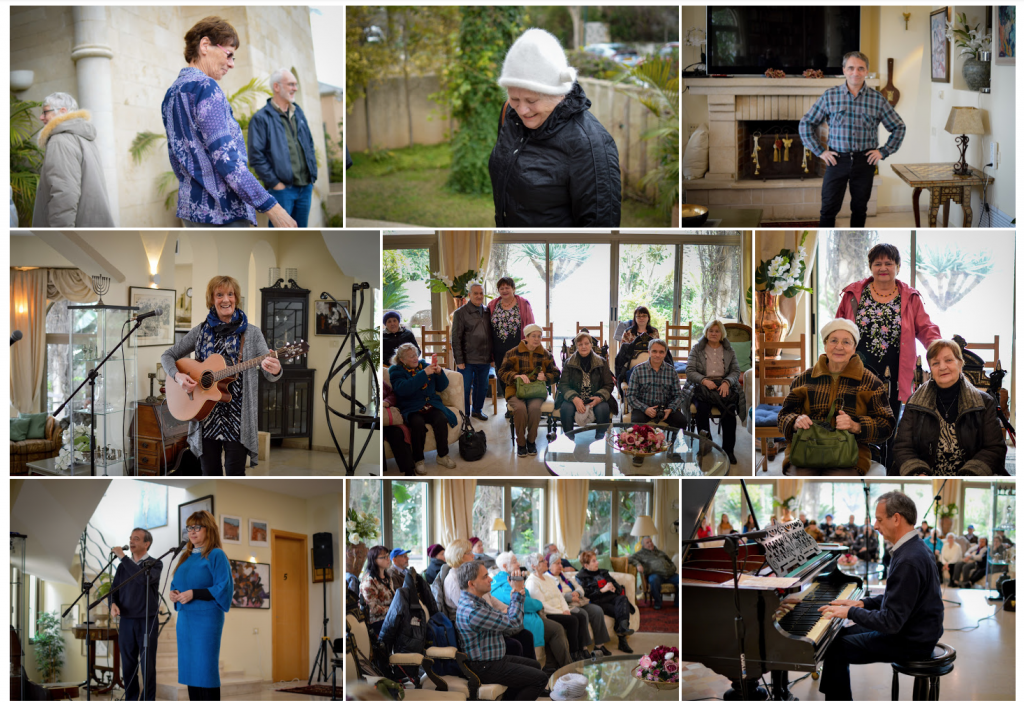 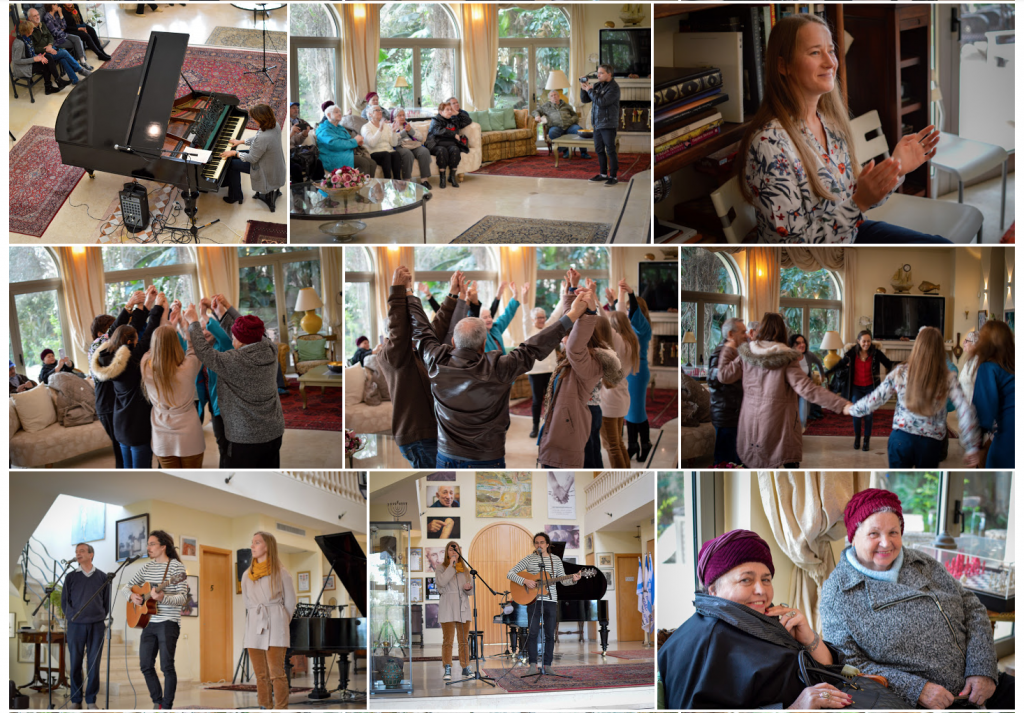 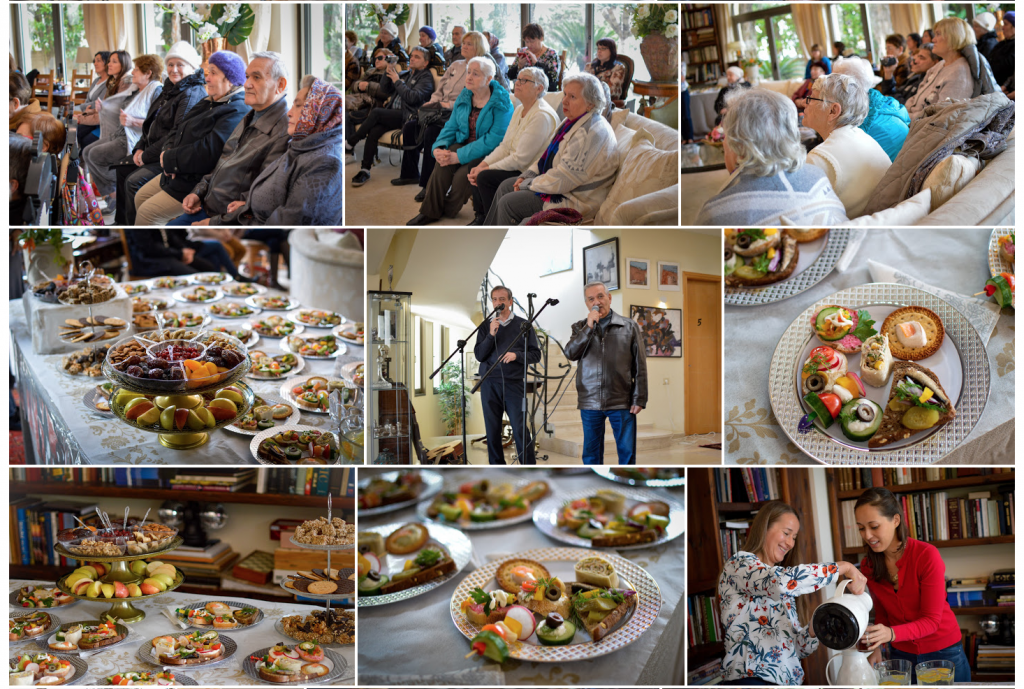 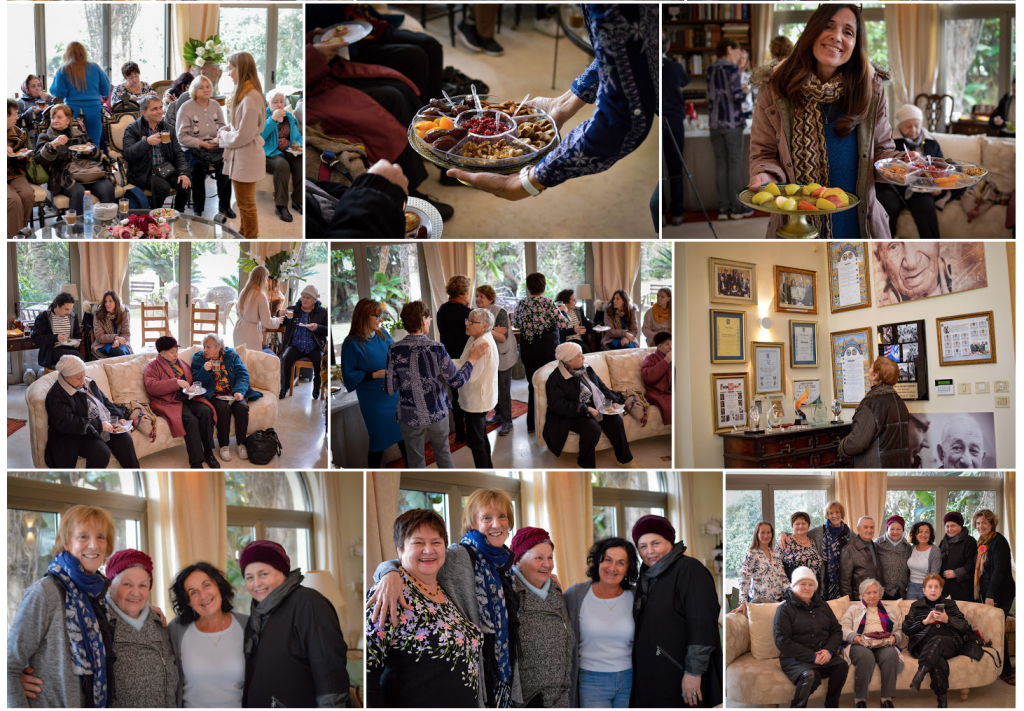