The sun was shining, and energies were high as twenty survivors from Kiryat Haim arrived at the HHC Caesarea Villa for a Shalom House concert. It was an afternoon of new beginnings, celebrations, hallelujah choruses, and moving performances. Present at the event were two very special guests from Your People My People – Karen Gower and Amanda Harris – who have been supporting the Shalom House Project since the beginning, along with their two guests, Katie and Carolin.

Introducing the guests and performers, Bozena Gasiorowski, Director of the Shalom House Project, shared a few words about the project’s mission and the people who make it possible. Full of life and excited for the event to begin, Bozena welcomed Karen Gower, Director of Your People My People, to share a few words and sing for the survivors.

Karen said, “I consider it a pleasure to be with you today. Though my country has not always been kind, I want you to know that there are thousands of people praying for you in the UK,” before sitting at the piano to play three songs she’d written while going through hard times and wondering where God was in the midst of her pain.

Though most in the audience did not speak English fluently, the words Karen sang were felt by all. Her words, “I will wait for you,” echoed off the villa’s walls. Pain turned to hope and hope to love as each song was sung.

With a round of applause, Karen thanked the group and took her seat, giving the stage to Alyosha and Jody Ryabinov. With hearts full of love for the Jewish people, the Ryabinovs looked at each person in the room and said, “What fills us the most is to be here with you. We wouldn’t trade these moments for the world.”

Alyosha performed two original songs, “In His Presence” and “Abba,” which were beautifully composed. Each time Alyosha took his seat at the piano, his fingers soared over the ivories with meaning and passion. His compositions were listened to in awe as the angelic melodies were being wielded out of the instrument.

A former piano teacher, Claudia spent years learning how to play from her heart as opposed to reading sheets of music. For a number of years, Claudia had kept her gift and music to herself; but, after hearing her play, Alyosha and Jody invited Claudia to perform at the Shalom House and share her music with the survivors.

For almost six minutes, Claudia mesmerized the audience with her inspired piece. As a wave of emotion swept over the villa, many could be seen holding back tears while others closed their eyes to allow the sweetness of each note to wash over them like a wave from the sea.

It was a beautiful moment that provoked one of the villa’s guests to stand and share about her childhood in England. Decades after the war, Hayley Russell was attending a country school where she was bullied for being a Jew and told to go back to the gas chambers. As Hayley spoke, she said, “We still live in a world full of hatred and violence, so we must spread love. I heard a religious man say that we must share the love of God, and if necessary, use words. The piano music that has been played out today, it has no words, yet it is spreading a sound and emotion that has touched my heart, and I feel that that has happened for everyone here today. I pray that we can all take that home with us and keep spreading love and not hate.”

Emphasizing each level of the Holocaust – the pain, the darkness, the sorrow, the redemption, the victory, the joy – Alyosha’s rhapsody of Hava Nagila was the perfect end to the concert. As the famous tune was played, the audience, immediately recognizing the song and began clapping along to the rhythm. Smiles spread across their faces as they listened, and dancing shoes were invisibly preparing themselves for the moment everyone would stand to dance together when Jody, Claudia, and Karen began singing the words.  (Click here to watch everyone dance)

There was an eruption of jubilation as the survivors and guests danced together! With a rush of adrenaline, four ladies asked if they could sing a song for everyone. Surprising us all with the first lines of Leonard Cohen’s song, Hallelujah, chills crept up people’s arms as they grew silent to witness this precious moment. (Click here to watch their performance)

“Well I’ve heard there was a secret chord
That David played and it pleased the Lord
But you don’t really care for music, do you?
Well it goes like this:
The fourth, the fifth, the minor fall and the major lift
The baffled king composing Hallelujah”

The celebrations continued as a cake was brought out, and the “Happy Birthday” song was sung in Hebrew, English, and Russian to Jola, our incredible volunteer, and one of the survivors.

Gorgeously decorated plates, which had been prepared by our amazing volunteers, of food were served during lunch. As everyone enjoyed the refreshments, people began talking and getting to know one another. Watching as each guest spoke to the other was heart-warming to watch; the Shalom House Project extends its community with each event.

A massive thank you to Your People My People for your continued support and love towards this project; to the ghetto and Holocaust survivors, the performers, and guests, February 17th’s event was memorable and joyful because of your presence and contributions, so thank you.

If you are interested in supporting this project, please visit our support page!

Are you coming to Israel with a group and wish to take part in a Shalom House event? Please email us for more information or visit our Host an Event page to learn how your group can become hosts for an afternoon! 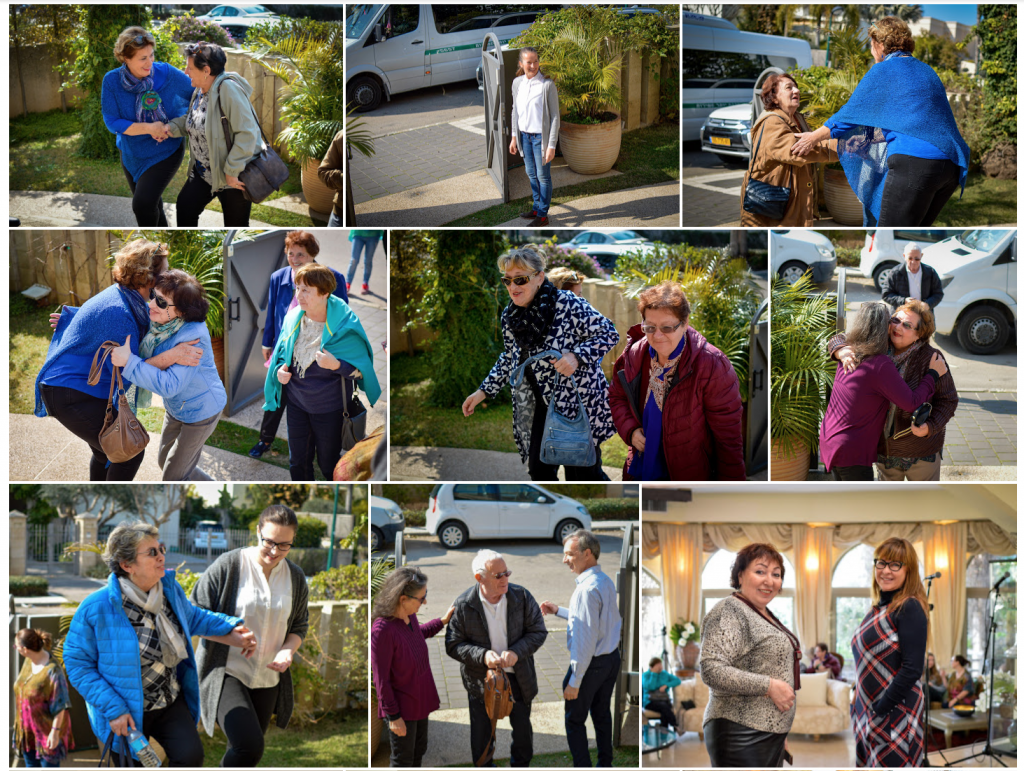 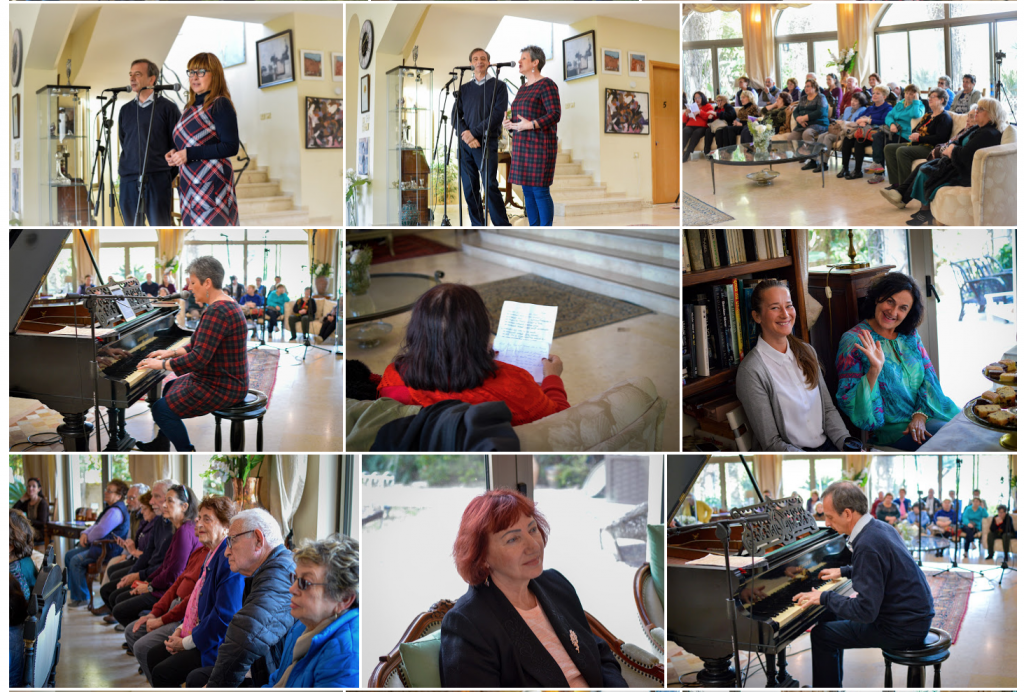 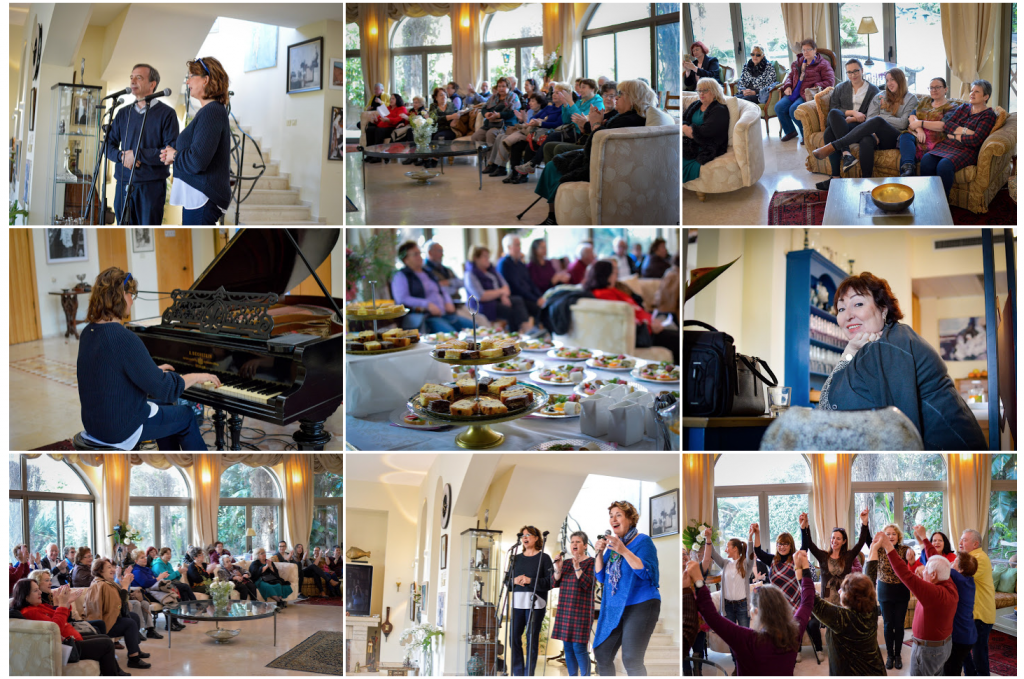 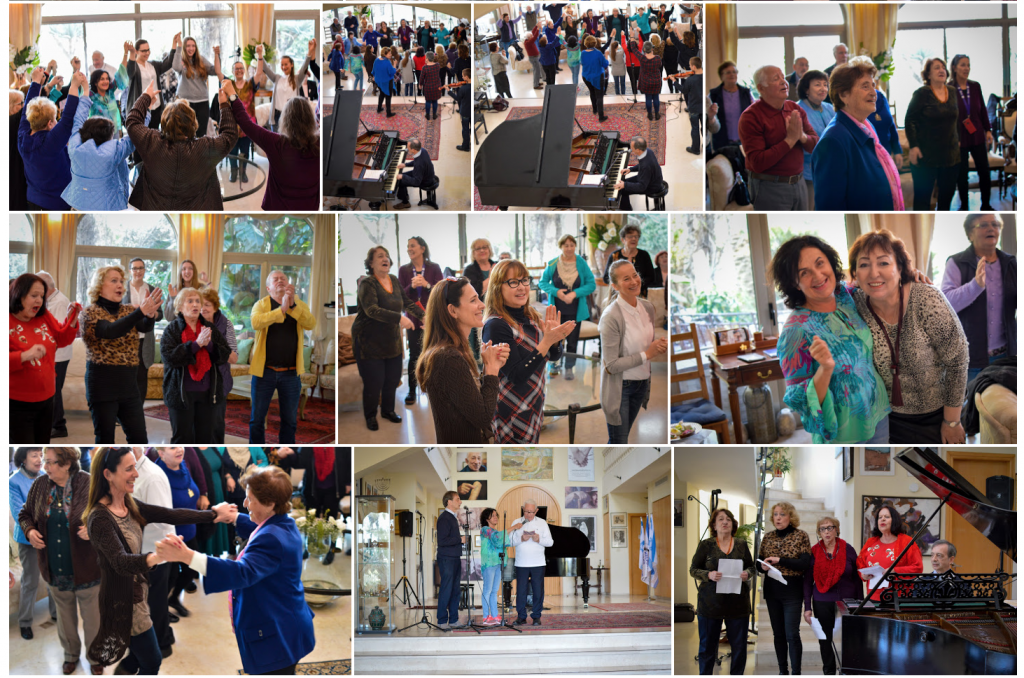 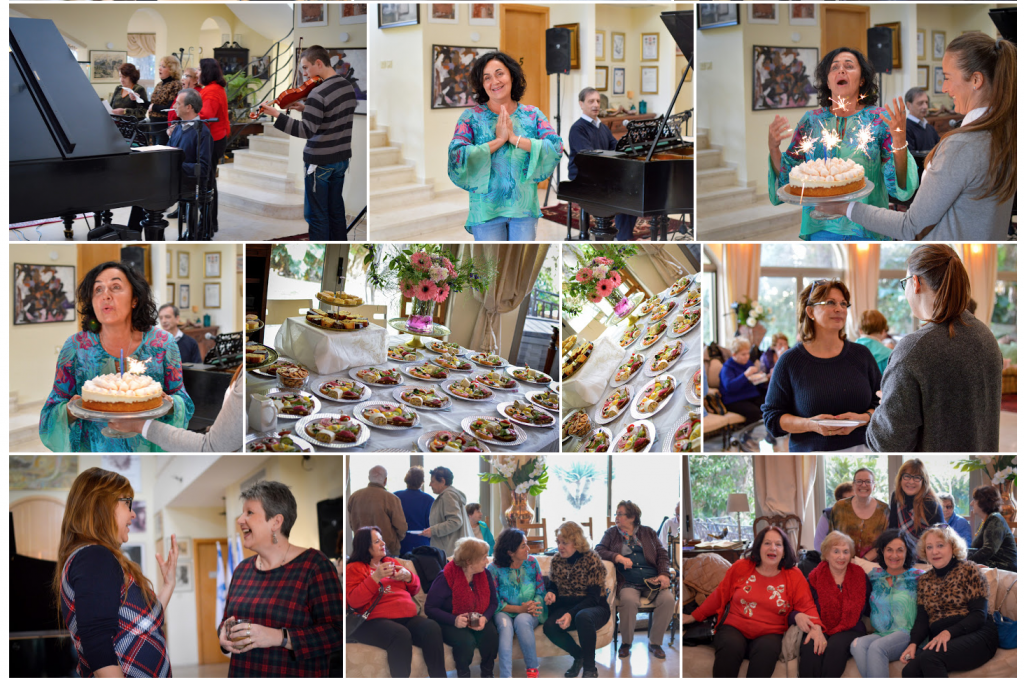