The Shalom House Project was created with the vision of forming a community where survivors of the Holocaust and visitors from around the world could meet, get to know one another, and enjoy an afternoon of performances and food. This week, Hope Alive, a group from the south of Germany, was invited to the HHC Caesarea Villa to perform a play about a lost son and loving father. The afternoon was exceptional, as love was poured out and received by each person in attendance.

Handing the microphone to Richard Wuellner, who had organized the group to come to Israel, the next few minutes were spent hearing about the group’s mission and introducing its leaders, Oliver and Denise Roming.

Hope Alive was formed more than five years ago when the Roming family was invited to Auschwitz, Poland, to sing. Oliver told the survivors that more than seventy years after the Nazis brought hatred and pain into the lives of the Jewish people, their group was in Israel to spread love and joy with the survivors and veterans. He also said that the story Hope Alive was going to tell was more than a lost son coming home; it was about a loving father who never gave up hope of his son’s return.

For one hour, the group sang and played modern songs from artists such as ABBA, Callum Scott, Christina Perri, and Elton John. At the same time, actors portrayed the story of a greedy son who took his father’s money and spent it on worldly things, leaving him with nothing and nowhere to go. As the son realized his folly, he contemplated what it would mean to go home. Meanwhile, his parents were mourning his absence, his mother losing hope while his father held onto the framed picture he had of his beloved son.

Then, as the son was preparing himself to go home, one of the survivors stood from her chair and made her way over to the actor. In an incredibly emotional moment, the survivor took the son’s hand and led him towards his parents, reuniting a broken family and embracing them with a hug that said, “You belong together. This is your home.” The audience clapped at this inspired and unrehearsed scene, many wiping away tears as they watched the survivor cheer at the family’s reunion!

“I’d climb every mountain
And swim every ocean
Just to be with you
And fix what I’ve broken
Oh, ’cause I need you to see
That you are the reason”
(Callum Scott – You are the Reason)

“Home
A place where I can go
To take this off my shoulders
Someone take me home”
(Machine Gun Kelly, X Ambassadors, Bebe Rexha – Home)

Mourning was turned into happiness as Hope Alive sang a song of celebration, inviting the audience to join them as they danced. The survivors smiled as they held hands with the youth from German, moving their feet as if they had transported back in time and had become children once again.

A round of applause was given at the end of the concert. Andre Gasiorowski returned to the front and thanked the group for blessing the survivors with such a precious and fantastic performance. Just before lunch, Richard Wuellner also stood to share a testimony of his daughter’s miraculous recovery after being in the hospital for almost two weeks with a suspected virus in her brain. Fully recovered and healthy, Rubina joined her parents at the event, enjoying the performance and dancing with the other children.

Lunch was served to the survivors on plates thoughtfully designed and prepared by Helping Hand Coalition’s incredible volunteers, Jola and Donna. As the survivors enjoyed the refreshments, the Villa’s guests began talking with them, learning their stories and expressing their appreciation for their presence. Words of gratitude could be heard as the survivors thanked each performer and guests for such a beautiful afternoon.

The Shalom House Project would not be possible without the support of our sponsors. If you are interested in donating towards an event or wish to sponsor an event, please visit our SUPPORT page! 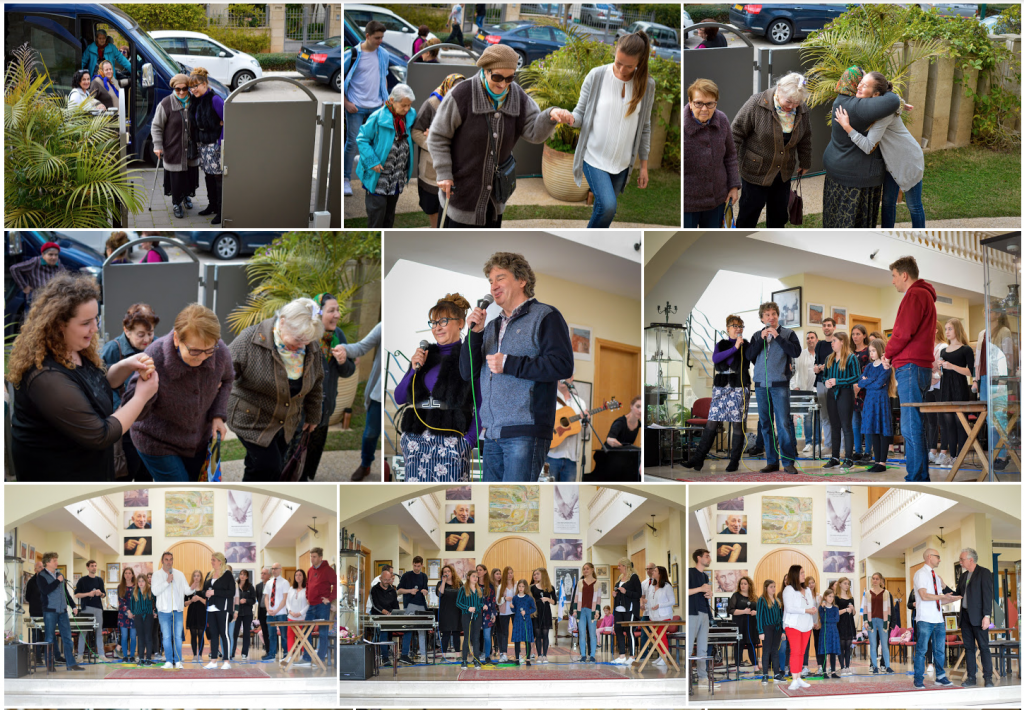 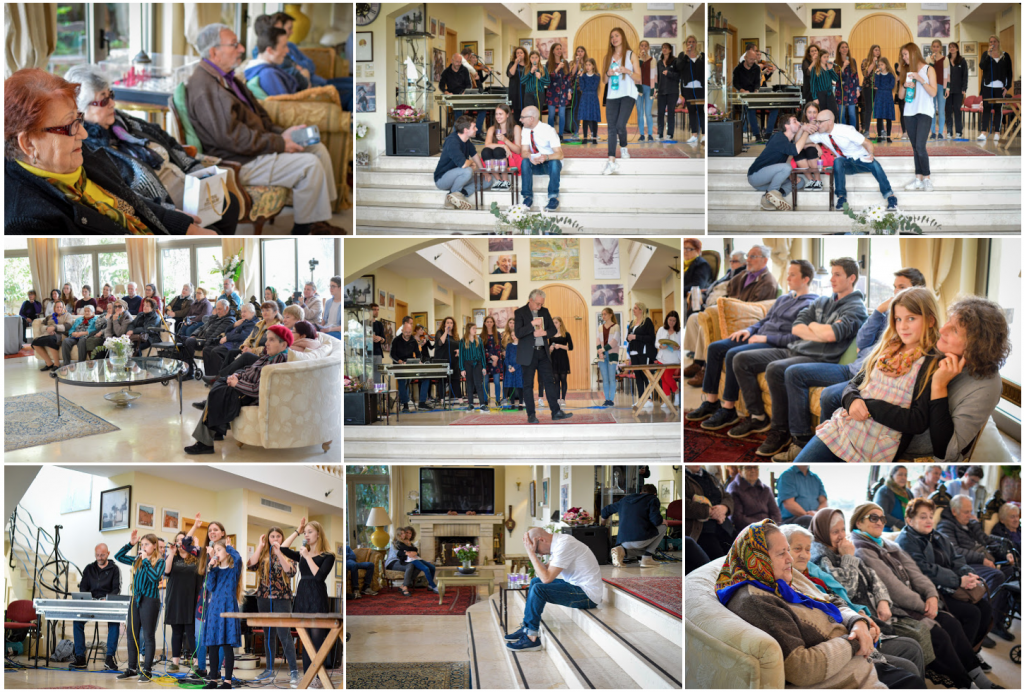 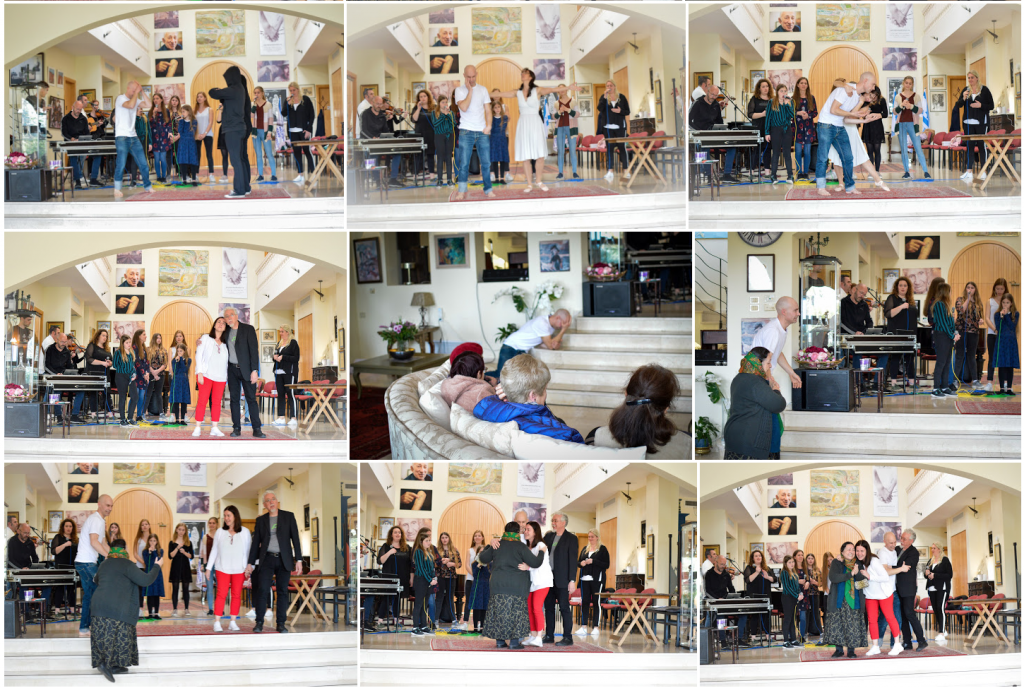 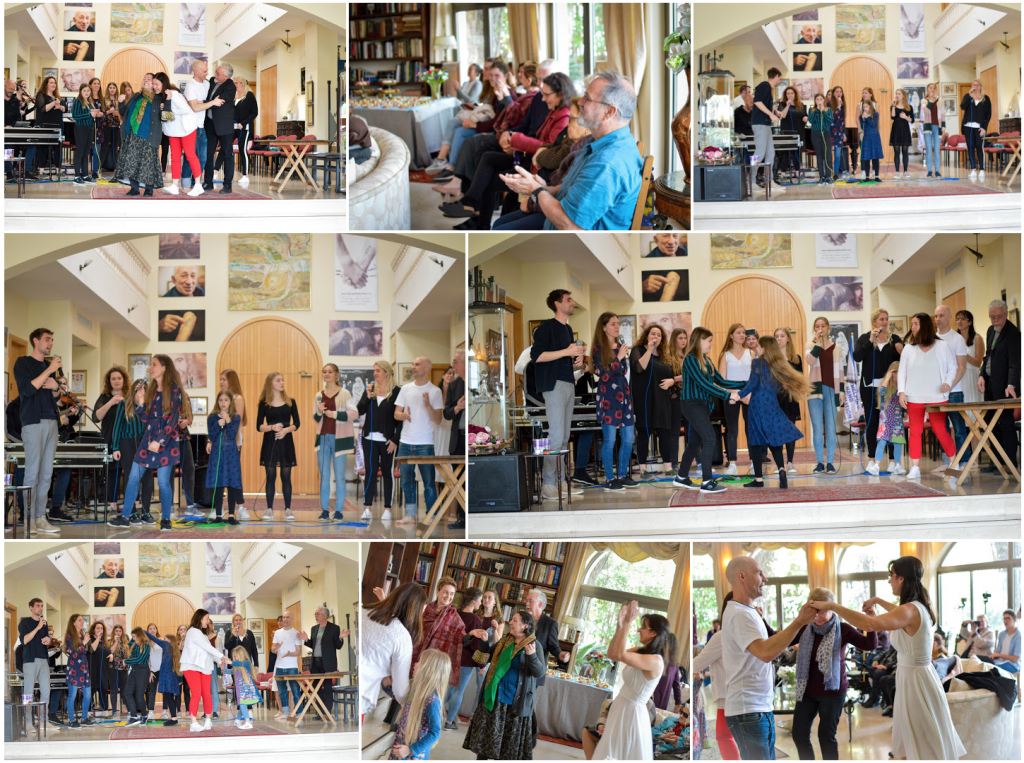 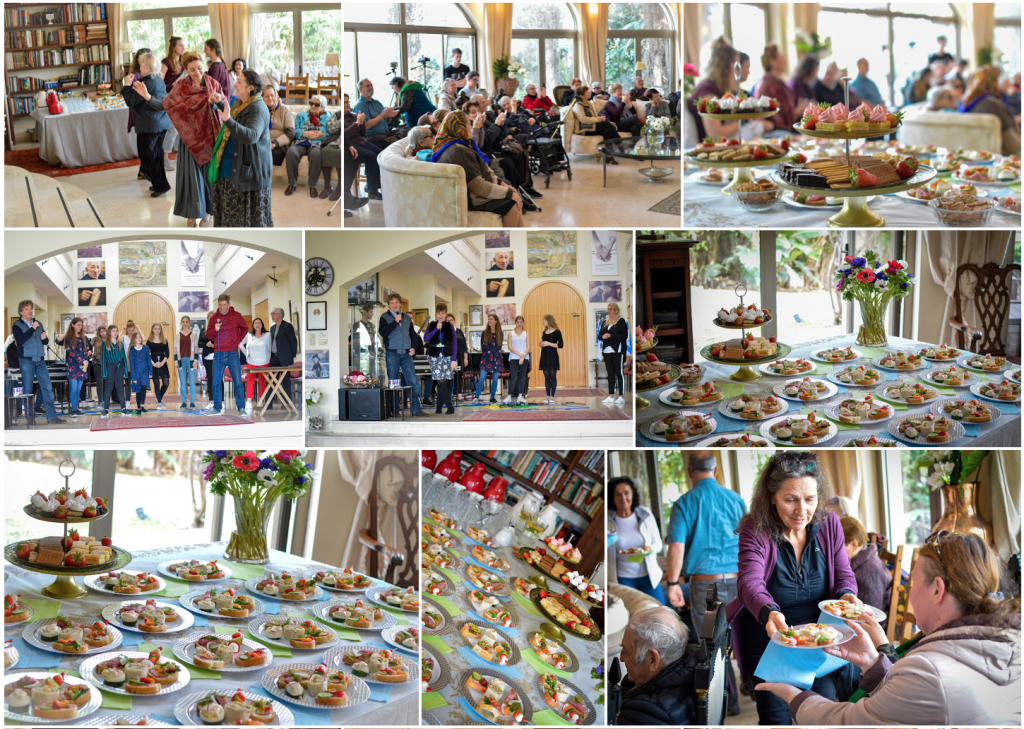 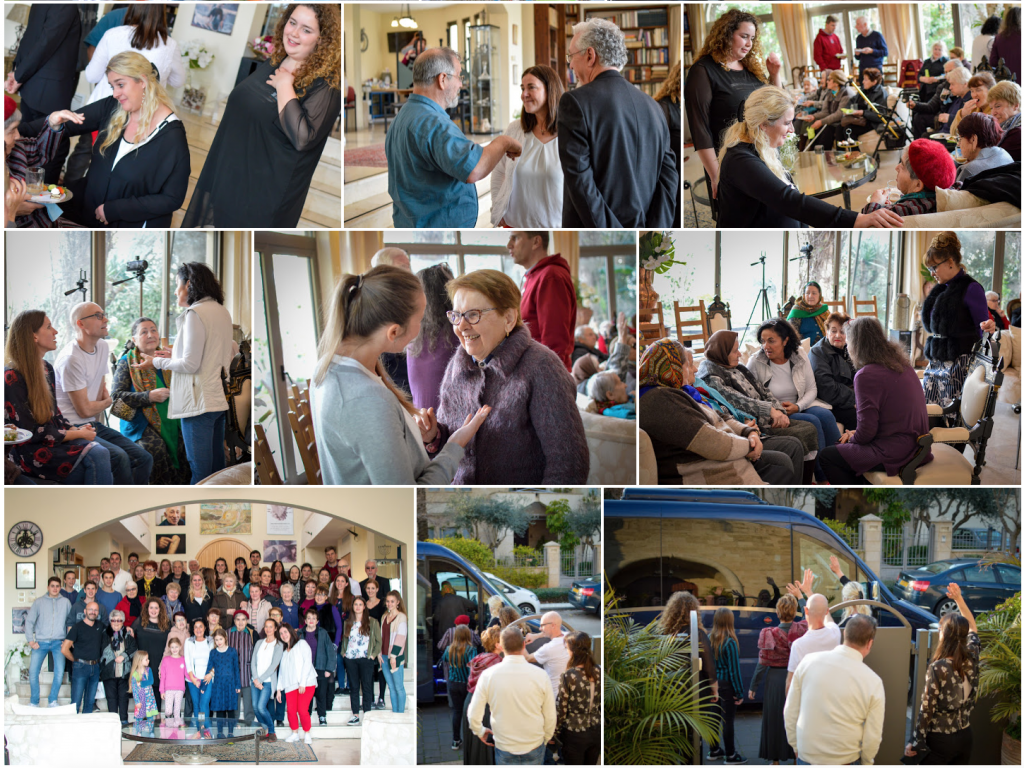